I thought I'd document my project of prepping and painting an Antaran fleet and Taliscian fleet from the Space Dreadnought 3000 line.

The models were cleanly cast and only required minor file and knife work. The Antarans were more cleanly cast than the Talscians, but only slightly. Many of the mold lines on the models are hidden on corners of long, planar features, making them easy to ignore.

Once that was completed, I began magnetizing the ships for use with magnetic flight stands. I use rare earth magnets, 1/8" in diameter with 1/16" thickness. I secured some magnets from my FLGS. It was then that I found the sockets in the ships are just a touch too small for the magnets.

Luckily. my brother has a rig to turn your Dremel into a drill press. 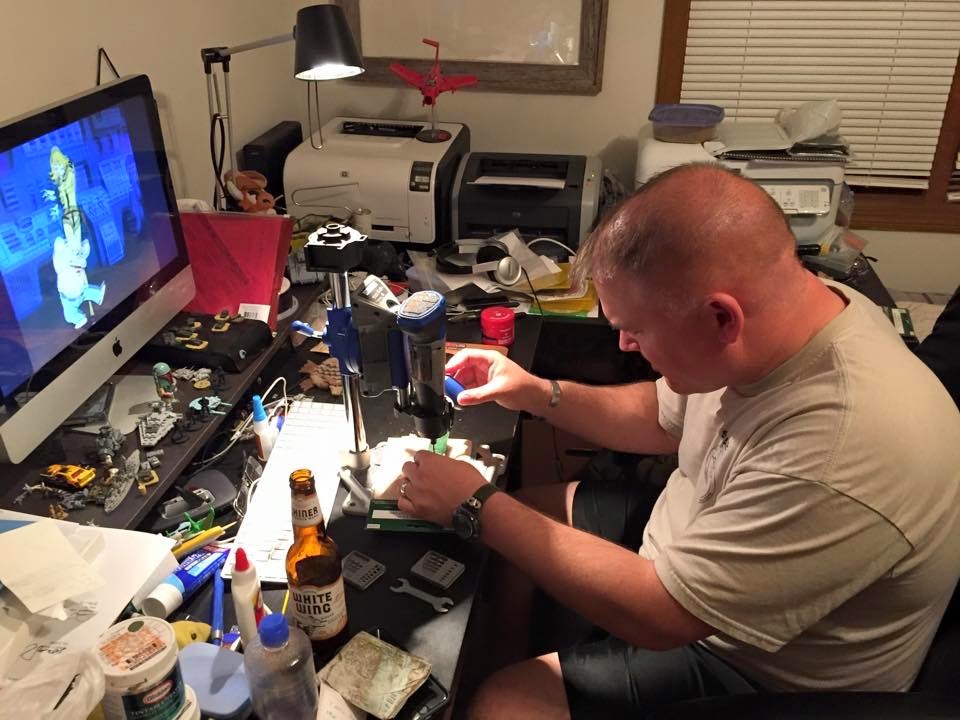 Here, you can see my boring out the socket in one of the models. I was watching Star Blazers while doing this, for the right mood.

The drill press made quick work of the 16 models.

Next, I placed magnets in the ships' sockets, being careful to make sure they were all oriented the same way. 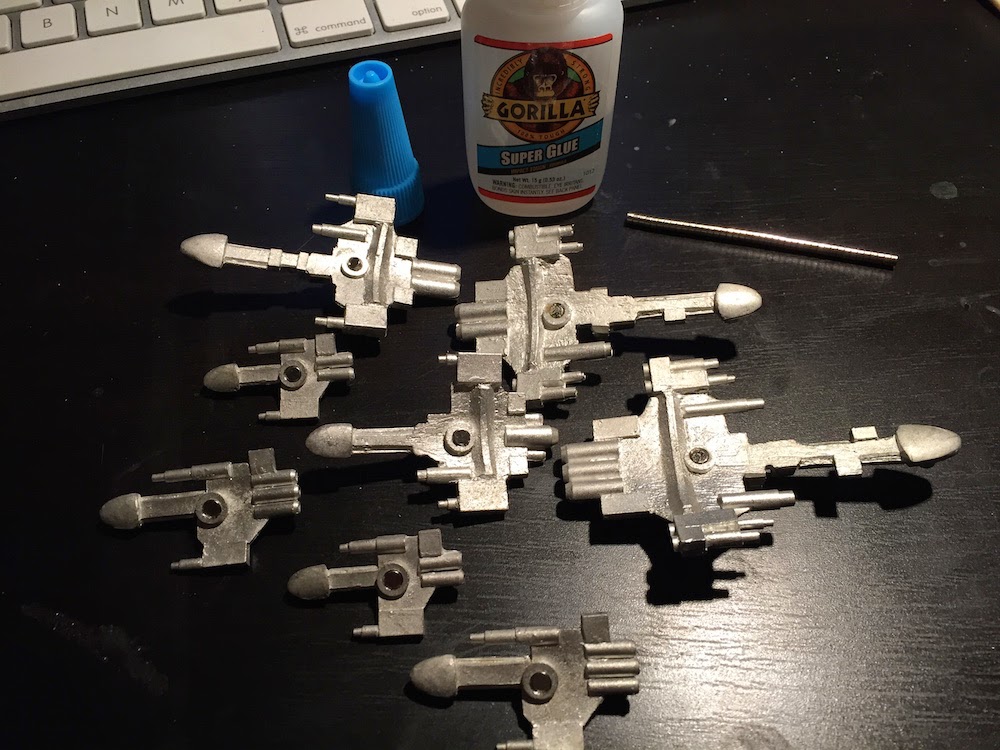 The Taliscians were the first to get the treatment. You can see the stack of magnets and my preferred adhesive, Gorilla Super Glue. I would usually use a 2-part epoxy, but since the magnets sit in a socket, shear strength of the join shouldn't be that big of a deal. Actual use will dictate that.

Once the magnets were in place, I dropped a bit of the Gorilla onto of the magnet, counting on capillary action to carry the glue around and under the magnet to bond with the model. I dressed up each magnet with the end of a bamboo chopstick to tamp them down level and remove any excess glue 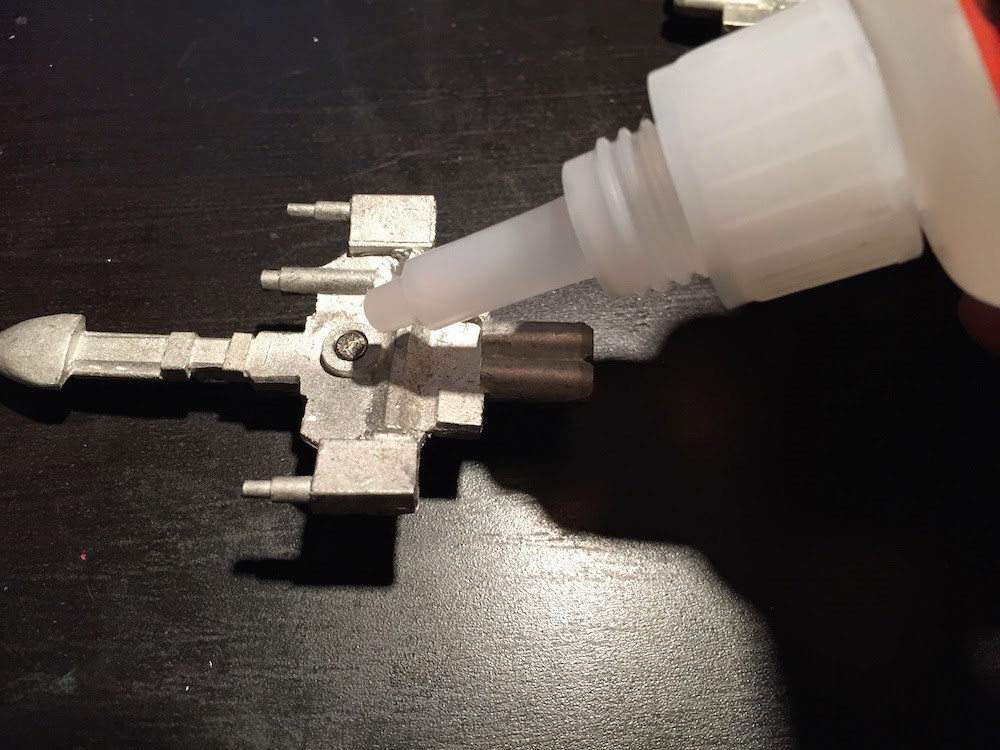 Having set overnight, I checked the models and most of them are dead level. Those that aren't are only a few degrees off level. As I use flight stands of various lengths, I don't see this as a problem, as it will increase the illusion of flight.

Here they are in their glory.

Thanks, Norm. Weather may not cooperate with priming the next few days.
Top

We see that you are a great professional! delight! You are well done!
publix passport
Top
Post Reply
4 posts • Page 1 of 1